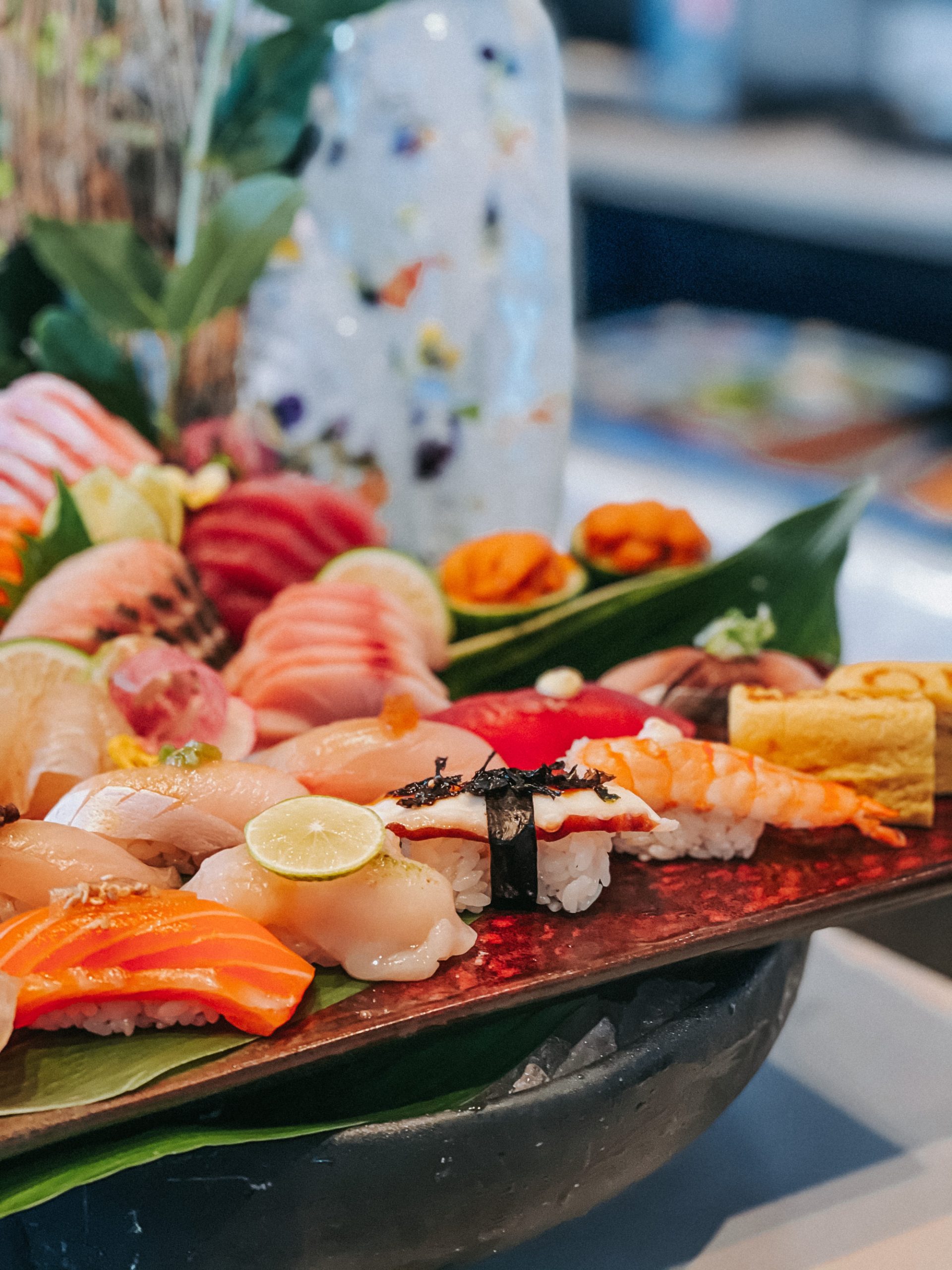 A restaurant in a top oceanfront hotel combines two of Asia’s great cuisines.

Now though, a new oceanfront restaurant is bringing to Fort Lauderdale something its executive chef says the city has not seen before – two Asian cuisines that are geographically close, but culinarily two of the globe’s most distinctive.

“At Takato we use fresh and local ingredients with a twist of Korean and Japanese spices,” says Takato executive chef Taek Lee. “Anyone can dine and experience Japanese cuisine, but Takato will be the first to introduce Fort Lauderdale to the cuisine with a Korean twist.”

Lee – Taka to his friends – helms a kitchen in a breezily modern oceanfront venue. The restaurant at the Conrad Fort Lauderdale Beach goes into the space formerly occupied by Terra Mare Mediterranean Grill. The place offers more outdoor seating than indoor and a menu that, among other things, benefits from an in-house “dumpling master.” That would be Simon Tang, whose wagyo gyoza, kimchi pork and vegetarian dumplings appear on the menu. Meanwhile, Lee is at home in both cuisines. He grew up in South Korea and also lived for five years in Japan. In recent years he’s become one of South Florida’s most respected Asian chefs, with stops including executive sushi chef at Zuma and Makoto, and executive chef at The Diplomat Resort’s Monkitail.

At Takato, he’s been given the freedom to explore both cuisines.

“I have a deep admiration for Korean and Japanese techniques and flavors,” he says. “Takato allows me to present my own variations at my … most rewarding venture to date.”

The menu may be diverse, but Lee says a few things run throughout.

“We promise the freshest and most authentic ingredients, while staying true to our roots and presenting flavorful cuisine in a modern yet approachable manner.”

The Dish: Branzino with Mango Salad

FOR THE MANGO SALAD

Clean and filet branzino. (Make sure to leave skin on for a crunch.) Chop all vegetables and place in mixing bowl. Add all oils to the mixing bowl and mix evenly. Rub the herbs on the branzino and marinate for 30 mins. Sprinkle salt and pepper evenly on both sides. Grill at medium heat skin first for a nice texture.

FOR THE MANGO SALAD

Peel off the skin of the mango. Cut the mango and julienne to your liking. Add all ingredients and mix in mixing bowl and put aside.